UK CESJ Series on Race and Policing in the US: What Research Shows

In 2016, CESJ held a day-long symposium about racial bias and police violence, entitled "Black and Blue: Critical Issues in Race and Policing in the US." At that symposium, scholars from around the country came to UK to discuss how implicit, explicit, and structural racial biases lead police officers (and others) to shoot Black men at a much higher rate than White men. As Professor Keith Payne's research highlighted, when any White Americans participate in "shooting games" in their research lab, people's implicit biases predict how often they shoot unarmed Black men. Professor Justin Nix presented research that examined nationwide police records of who was shot and whether they were armed or unarmed. As Professor Nix noted, "the only thing that was significant in predicting whether someone shot and killed by police was unarmed was whether or not they were Black.” White men were indeed shot by police, when they held guns; Black men only needed a cell phone or soda can. Data shows that Black men are three times more likely to be shot and killed by police than White men.

At the symposium, Professor Anita Thomas presented her research on how Black mothers talk to their children in the aftermath of these murders. Mothers who had to talk to their children after 17-year-old Trayvon Martin was murdered by George Zimmerman because a Black boy walking home seemed "suspicious", Black mothers who had to talk to their children after 12-year-old Tamir Rice was murdered by police because he had a toy gun in a park. As one mother reported, in Dr. Thomas' research, "I am worried about living in a country with a history of regarding young Black men as a threat. Thinking about the reason why I am constantly reminding them to stand up straight, dress the part, keep your hands in sight at all times, and never, ever let your anger get the best of you." Many parents in her research reported giving their children specific safety advice, such as "As a last reort, if you're close to home, run to the house as quickly as possible, and run in a zig-zag fashion in case he decides to shoot at you." "Run in a Zig Zag" was the heart-breaking title of her sympoisum talk.

As part of our symposium, we were honored to have Mr. Lawrence Weathers speak as well. At the time, he was a Former Assistant Chief of Police in Lexington and was in charge of safety at Fayette County Public Schools. Now, he is the Chief of Police. As a Black man living in Lexington all of his life, his perspective is invaluable. Many members of the UK Police department were in attendance that day and we appreciated their attention to this critical issue.

Since this symposium, we continue to lose Black Americans to White violence daily. Men and women sitting or sleeping in their homes, stopped in their cars, jogging, with their children. Not only is that violence an affront to social justice and respect for humanity, research shows that seeing these events in the media traumatizes other Black and Brown Americans. Research by Brendesha Tynes at the University of Southern California has shown that Black and Latinx teens who are exposed to these traumatic events online are significantly more likely to be depressed and show symptoms of post-traumatic stress disorder. This is the context in which we are asking our student, faculty, and staff of color to operate "as usual". This is an impossible and inhumane request. Although this racism and violence is not new, but has been endured since the beginning of this country, it continues to takes a physical, mental, and emotional toll on the individual. In other words, White violence spares no one.

As the Center for Equality and Social Justice at the University of Kentucky, we are hoping that sharing research on race, racial bias, and violence is a first step. We are also sharing resources for how to bring these topics into the classroom. Finally, we are working to offer policy recommendations to the police officers in our community to ensure that everyone's basic human rights are protected.

For information in nationwide data on police violence, see https://mappingpoliceviolence.org.

If you would like to be engaged in these efforts, please email us at ukcesj@gmail.com. 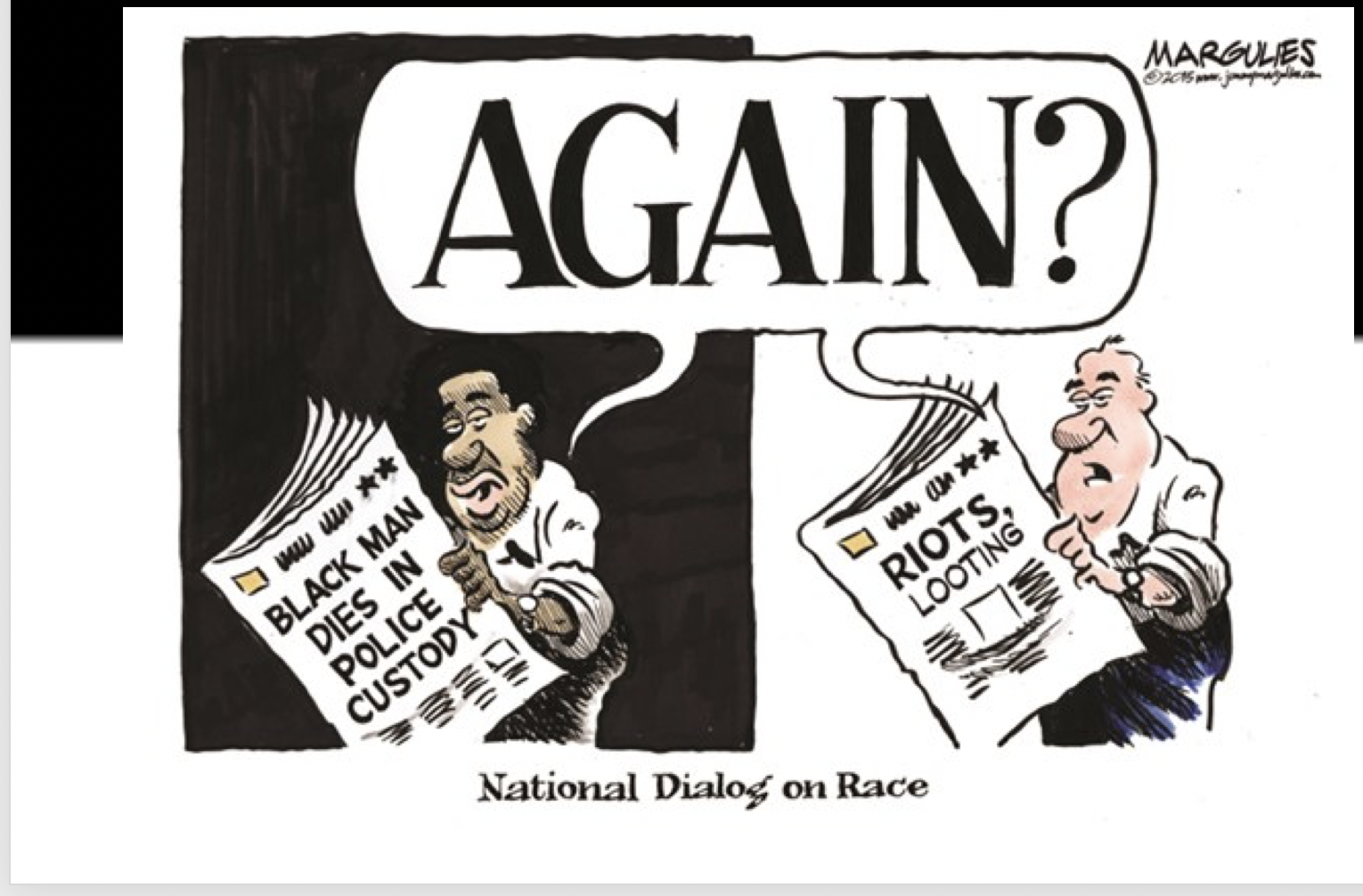 UK CESJ Series on Race and Policing in the US: What Research Shows